Hitchhiking college student Josh Overcash is about to accept a ride that will change his life…into a murderous nightmare! His new traveling partners, Clint and Marla, only travel hidden back roads, only stay in the sleaziest motels and maliciously murder anyone that gets in their way. The thrill of the kill is their way of life and they want Josh to join the fun.

But when Josh refuses, he becomes their next victim! When Clint murders the cops sent to rescue him, Josh sees his chance for escape and some salacious throat-slashing of his own! Now, it’s quite a different Josh that gets behind the wheel and drives off in search of his own roadkill.

Road Kill – Interview with the Filmmakers 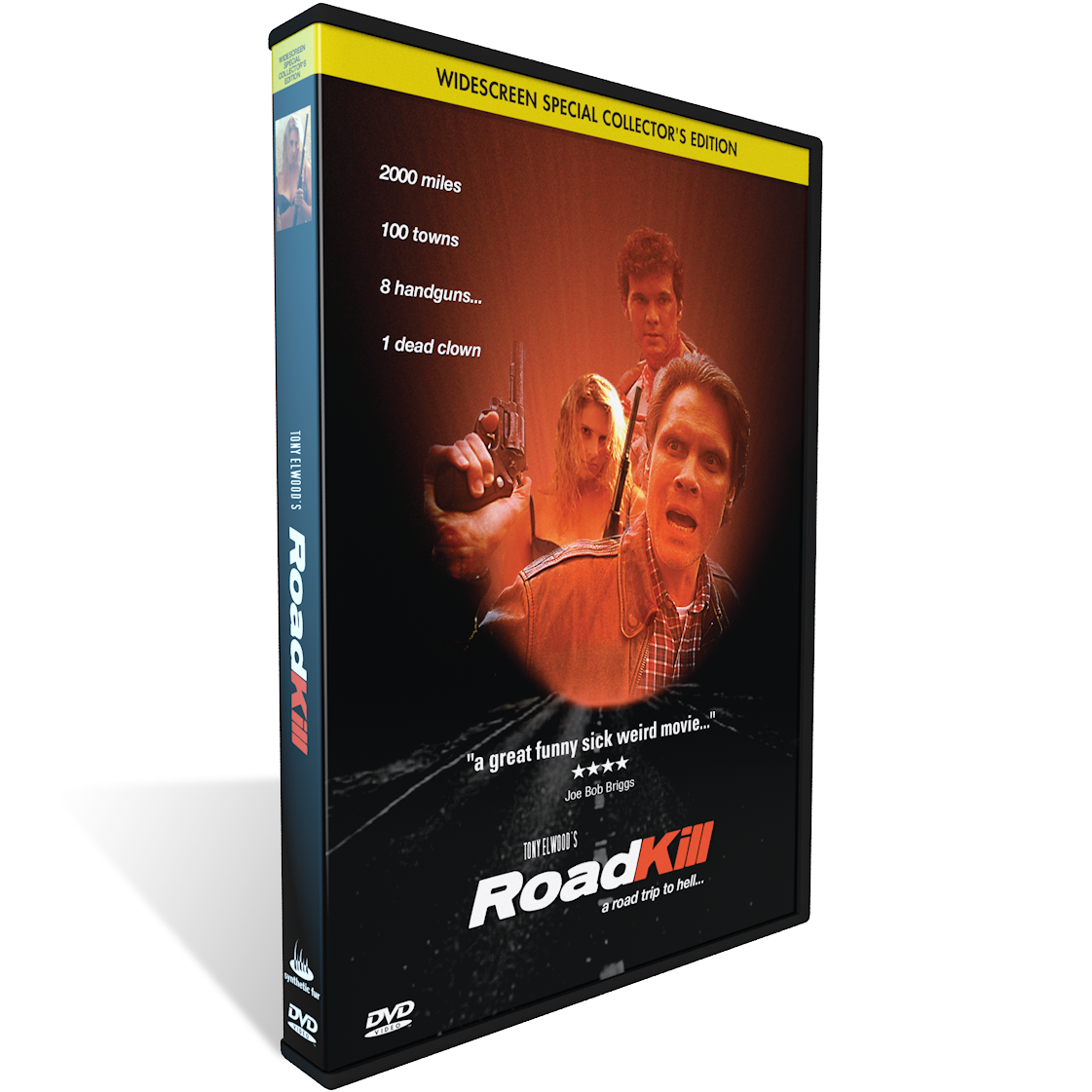